August 7, 2001 By Porter Anderson
CNN Career(CNN) -- Multitasking is a managerial buzz-concept these days, a post-layoff corporate assumption that the few can be made to do the work of many.

But newly released results of scientific studies in multitasking indicate that carrying on several duties at once may, in fact, reduce productivity, not increase it.

"In some cases, you could be wasting your employer's time," says researcher Joshua Rubinstein, Ph.D., formerly of the University of Michigan and now with the Federal Aviation Administration (FAA) working on security issues. "And in certain cases" of multitasking, Rubinstein says, "you could be risking employers a dangerous outcome."

In the research behind an article titled "Executive Control of Cognitive Processes in Task Switching" -- being published Monday in the American Psychological Association's Journal of Experimental Psychology: Human Perception and Performance -- Rubinstein and his associates David Meyer, Ph.D., and Jeffrey Evans, Ph.D., determined that for various types of tasks, subjects lost time when they had to switch from one task to another.

These "time costs" increased with the complexity of the chores: It took longer, say researchers Rubinstein and Meyer, for subjects to switch between more complicated tasks.

"People in a work setting," says Meyer, "who are banging away on word processors at the same time they have to answer phones and talk to their co-workers or bosses -- they're doing switches all the time. Not being able to concentrate for, say, tens of minutes at a time, may mean it's costing a company as much as 20 to 40 percent" in terms of potential efficiency lost, or the "time cost" of switching, as these researchers call it.

"In effect," says Meyer, "you've got writer's block briefly as you go from one task to another. You've got to (a) want to switch tasks, you've got to (b) make the switch and then you've got to (c) get warmed back up on what you're doing.

Driving while talking on a cell phone, maybe making business calls while trying to get to your next meeting, is being used by these researchers as an example of a potentially disastrous multitasking scenario.

Joshua Rubinstein, Ph.D., says his team's research can be applied in the workplace: "You could very easily estimate what the losses were from having employees go through these shifts between tasks."
"A lot of folks," says Meyer, "think, 'Well, cell phoning while driving is really no big deal and I can get away with it.' But even if you have a cell phone that's not held by hand and can be dialed by voice, you still have a really big conflict because when you're driving you need to be looking at various different places, you need to be reading signs, you need to be talking to yourself about those in order to -- through your mental speech -- make decisions about where to go with your car. And there's no way to do that while on the cell phone because you have to use your 'inner ears' and 'inner speech' and even your 'inner eyes' to imagine what the person on the phone is talking about."

"We found that 'switch cost,'" says Rubinstein, "increases with the complexity of the tasks. That suggests that a very simple conversation on the phone while driving a car -- maybe 'Honey, please pick up some bread on the way home' -- might not draw too much concentration. But if the conversation becomes difficult or emotionally charged or mentally taxing -- like 'Honey, the house is burning down, what should I do?' -- it draws more attention and more mental resources away from your primary task, which is driving the car: You're more likely to have an accident."

Tasks at hand
The application to work scenarios is quite clear and, says Rubinstein, even quantifiable.

Researcher David Meyer, Ph.D.: "It's kind of like one of the 'Dirty Harry' movies with Clint Eastwood. At the end of the film Clint says, 'A man's gotta know his limitations.'"
What are you doing right now as you read this article? Ordering supplies for the office from your distribution warehouse? Monitoring a screen for production equipment performance? Getting an e-mail back to your colleagues in the Denver office? Carrying on Instant Message conversations with three co-workers? Writing up a report in Word for the meeting on Wednesday? Eating the lunch you never have time to leave the desk for? Opening and reading traditional mail? Filing an in-house memo to Tech Services because your browser is acting up? Making a list of the clients you're expected to reach by close-of-business today? Trying to resize the fonts in the company newsletter so it fits on one page?

"There's no doubt that over the course of the last century," says Meyer, "there's been an exponential explosion of available information. Part of the responsibility of people developing this technology -- computer manufacturers, 'big Bill' (Gates) out in Seattle -- should be taking into account the multitasking limitations of people using it."

"This even applies to homework," Rubinstein says. "I'm seeing this in my nephews. They're doing too many things while they're doing their homework. And it makes it less efficient."

The task of research
Rubinstein, Meyer and Evans studied patterns in the amounts of time lost when people switched repeatedly between two tasks of varying complexity and familiarity. In four experiments, young adult subjects switched between different tasks, such as solving math problems or classifying geometric objects. The researchers measured subjects' speed of performance as a function of whether the successive tasks were familiar or unfamiliar, and whether the rules for performing them were simple or complex.

David Meyer, Ph.D.:
Applying the research
Top multitasker: "If you saw the movie 'Top Gun' (1986), you'll remember what all you see Tom Cruise doing in the cockpit. He's got to pick and choose when he does what, multitask very carefully. The chance that he'll conclude a flight in a fighter jet successfully depends not only on his capabilities and limitations but also on his equipment.

"And on an aircraft carrier, operators perform in command information centers. They have to process lots of information across many, many channels that require all sorts of different decisions to be made. In order to do that job, the operator must multitask -- and if not, figure out how to cope with the limitations."

The U.S. Office of Naval Research is a funding source for the study made at the University of Michigan by Joshua Rubinstein, David Meyer and Jeffrey Evans.

The work was done at the University of Michigan in 1992 and 1993, Rubinstein says. Meyer adds that one funding source for this research is the United States Office of Naval Research.

"It's very common," says Rubinstein, "for research to take several years to go through the review process. And I continued to do some additional research for several years on brain-damaged patients in California. There's a type of brain-damaged patient who can keep all the functions of intelligence intact but lose the mind's 'executive control.' And those with prefrontal cortex damage have trouble doing task-switching."

What takes time when you go from one job to another, they found, are two, distinct and complementary stages. "Goal shifting" might be summed up in the line "I want to do this now instead of that," while "rule activation" might be verbalized as "I'm turning off the rules for that and turning on the rules for this."

"If you went into an industry and identified a bunch of tasks that people in that industry do," Rubinstein says, "you could very easily estimate what the losses were from having employees go through these shifts between tasks."

"What industry and people in private life need," says Meyer, "is task-scheduling training. Turns out the auto industry is trying to develop 'workload managers' for those who are driving automobiles to help automate which tasks they focus on at which time. And sooner or later, advanced technology will be developed further for helping with these particular problems.

"It's kind of like one of the 'Dirty Harry' movies with Clint Eastwood. At the end of the film Clint says, 'A man's gotta know his limitations.'" 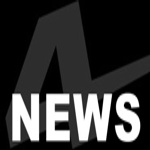